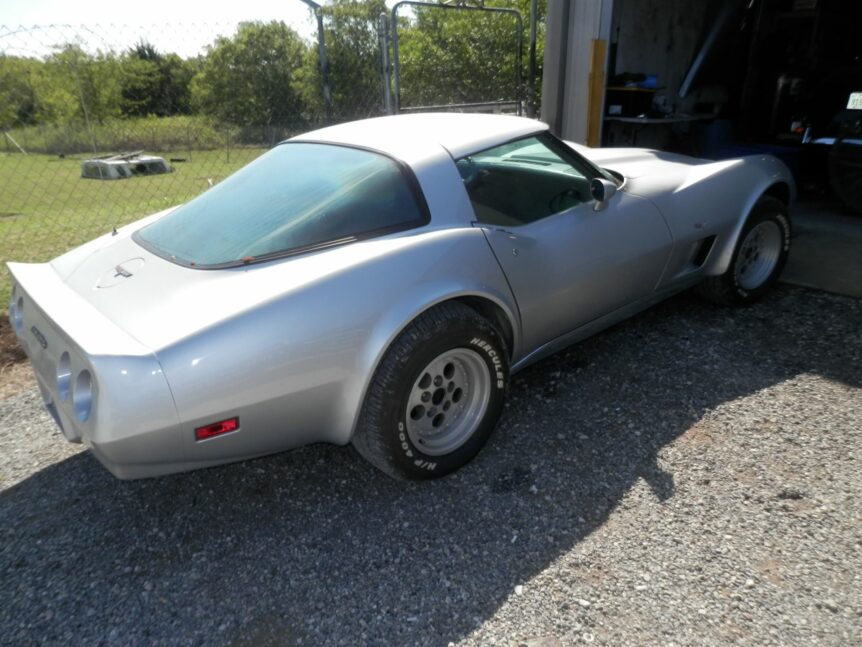 The Chevrolet Corvette, colloquially known as the ‘Vette, is a two-door passenger sports car manufactured and marketed by Chevrolet across more than 60 years of production and eight design generations. From 1953 to 2019, it was front-engined, and since 2020, it is mid-engined. With its generations noted sequentially from C1 to C8, the Corvette serves as Chevrolet’s halo vehicle and is widely noted for its performance and distinctive plastic — either fiberglass or composite — bodywork.

In 1953, when GM executives were looking to name the new Chevrolet sports car, assistant director for the Public Relations department Myron Scott suggested Corvette after the small maneuverable warship — and the name was approved. The first model, a convertible, was introduced at the GM Motorama in 1953 as a concept and was followed ten years later by the 1963 second generation, in coupe and convertible styles. Originally manufactured in Flint, Michigan and St. Louis, Missouri, the Corvette has been manufactured in Bowling Green, Kentucky since 1981.

The Corvette has since become widely known as “America’s Sports Car”. Automotive News wrote that after being featured in the early 1960s television show Route 66, the Corvette became synonymous with freedom and adventure, “ultimately becoming both” the most successful concept car in history and the most popular sports car in history.

The third generation Corvette, patterned after the Mako Shark II concept car, was introduced for the 1968 model year and was in production until 1982. C3 coupes featured the first use of T-top removable roof panels. It introduced monikers that were later revived, such as LT-1, ZR-1, Z07 and Collector Edition. In 1978, Corvette’s 25th anniversary was celebrated with a two-tone Silver Anniversary Edition and an Indy Pace Car replica edition of the C3. This was also the first time that a Corvette was used as a Pace Car for the Indianapolis 500.

The 1978 25th Anniversary model introduced the fastback glass rear window and featured a new interior and dashboard; also, the headlights were changed from round to square units. Corvette’s 25th anniversary was celebrated with the Indy 500 Pace Car limited edition and a Silver Anniversary model featuring silver over gray lower body paint. All 1979 models featured the previous year’s pace car seats and offered the front and rear spoilers as optional equipment. 53,807 were produced for the model year, making 1979 the peak production year for all versions of the Corvette. Sales have trended downward since then. In 1980, the Corvette received and integrated aerodynamic redesign that resulted in a significant reduction in drag. After several years of weight increases, 1980 Corvettes were lighter as engineers trimmed both body and chassis weight. In mid-1981, production relocated from St. Louis to Bowling Green, Kentucky (where all subsequent Corvette generations have since been manufactured)) and several two-tone paint options were offered, The 1981 models were the last available with a manual transmission until well into the 1984 production run. In 1982, a fuel-injected engine returned, and a final C3 tribute Collectors Edition featured an exclusive, opening rear window hatch.

We will be doing a LS3 conversion and any modifications that are needed. We will be replacing the AC blower motor, dash pad and steering wheel. Also diagnosing the suspension problem.

Preparing to remove the engine.

The engine has been completely removed.

Removed the dash to replace with a new one.