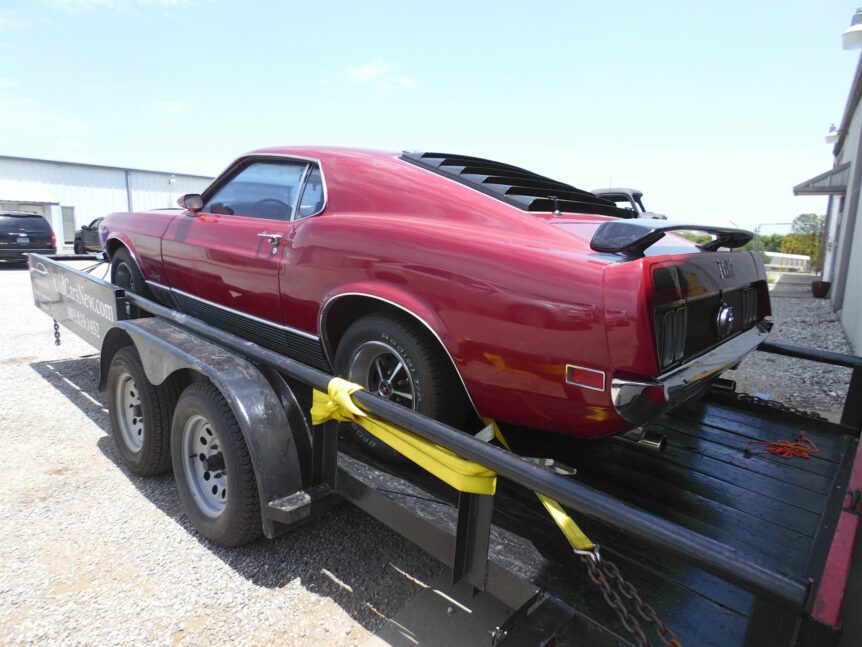 The Ford Mustang Mach 1 is a performance-oriented option package of the Ford Mustang, originally introduced by Ford in august 1968as a package for the 1969 model year. The Mach 1 title adorned performance oriented Mustang offerings until the original retirement of the moniker in 1978, returning briefly in 2003 and 2004.

As part of a Ford heritage program, the Mach 1 package returned in 2003 as a high performance version of the New Edge platform. Visual connections to the 1969 model were integrated into the design to pay homage to the original. The generation of the Mach 1 was discontinued after the 2004 model year, with the introduction of the fifth generation Mustang.

Ford kept the Mach 1 alive into 1970 and little changed other than the visuals. The 1970 body included dual-beam headlights with the previous inner headlights becoming sport lamps and recessed taillights on a black honeycomb rear panel, side scoops behind both doors removed, revised bucket seats, deep dish sports wheel covers, as well as new side and rear badging and striping were the main visual differences. 1970 saw the previous 351W V8 engine options replaced with a new 351 cu in (5.8L) Cleveland (351C) V8 in either 2V (for use with 2-venturi carbs) or 4V (for se with 4-venturi carbs) versions. The 351C 4V (Mcode) engine featured 11.0:1 compression and produced 300 bhp (224kW; 304PS) at 5400 rpm.

Working on the brakes of this Mustang. Take a look at the exterior, interior and engine of this vehicle.

The rear brake shoes are cracked and dry rotted, so we will be replacing them.

The motor has been pulled out get a better look at it.