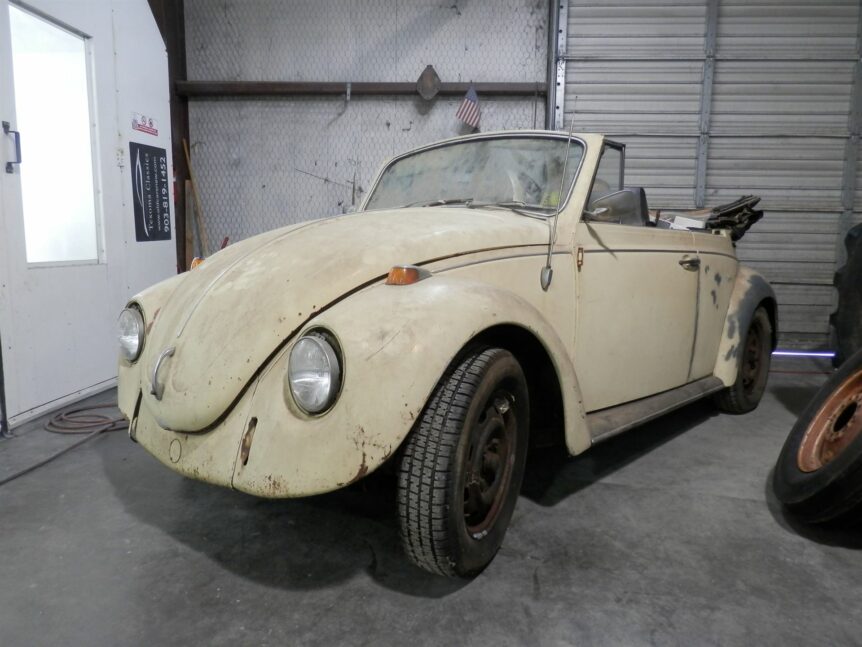 The Volkswagen Beetle – officially the Volkswagen Type 1, informally in German the Kafer (meaning “beetle”), in parts of the English-speaking world the Bug, and known by many other nicknames in other languages – is a two-door, rear-engine economy car, intended for ifve occupants (later, Beetles were restricted to four people in some countries), that was manufactured and marketed by German automaker Volkswagen (VW) from 1938 until 2003.

The need for a people’s car (Volkswagen in German, and in the English-speaking world in the early 20th century as “folks’ wagon”), its concept and its functional objectives were formulated by the leader of Nazi Germany, Adolf Hitler, who wanted a cheap, simple car to be mass-produced for his country’s new road network (Reichsautobahn). Members of the National Socialist party, with an additional dues surcharge, were promised the first production, but civil war in Spain shifted most production resources to military vehicles instead to support Francisco Franco. Lead engineer Ferdinand Porsche and his team took until 1938 to finalize the design.

The top was cabriolet-style with a full inner headliner hiding the folding mechanism and crossbars. In between the two top layers was 1 in (25 mm) of insulation. The rear window was tempered safety glass, and after 1968, heated.

We just got this Beetle in to pull the engine and make it run, replace the convertible top along with the framework, new exhaust, front end work and a new wiring harness.

The engine has been completely removed to be diagnosed.

Pulled the gas tank out of the car.

The rusted floor pans have been cut out.

The engine has been torn down to begin the rebuilding process.

The shocks have been removed.

We have run a new fuel line from the engine bay back to where the gas tank will be.

New shocks and ball joints have been installed.

We have installed new brakes for the front wheels.

The tires have been reinstalled on the Beetle.