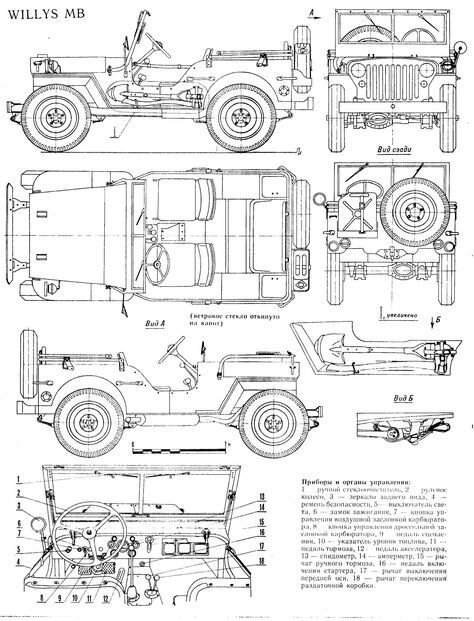 The Willys MB and the Ford GPW, both formally called the U.S. Army Truck, 1/4-ton, 4×4, Command Reconnaissance, commonly known as the Willys Jeep, Jeep or jeep, and sometimes referred to as G503, were highly successful American off-road capable light military utility vehicles built in large numbers to a standardized design for the United States and other Allied forces in World War II from 1941 to 1945.

Whatever it is, the way you tell your story online can make all the difference.

The jeep became the primary light wheeled transport vehicle of the United States military and its allies, with President Eisenhower once calling it “one of three decisive weapons the U.S. had during WWII.” It was the world’s first mass-produced four-wheel drive car, manufactured in six-figure numbers; and out 650,000 units were built, constituting a quarter of the total U.S. non-combat motor vehicles produced during the war, and almost two-thirds of the 988,000 light 4WD vehicles produced, counted together with the Dodge WC series. Large numbers of jeeps were proceeded to U.S. allies, including Russia at the time — aside from large amounts of 1 1/2 and 2 1/2 – ton trucks, some 50,000 jeeps and 25,000 3/4 – tons were provided to Russia during WWII — more than Nazi Germany’s combined total production of their similar vehicles, the Kubelwagen and the amphibious Schwimmwagen.

Author Charles K. Hyde wrote: “In many respects, the jeep became the iconic vehicles of World War II, with an almost mythological reputation of toughness, durability and versatility.” Not only did it become the workhorse of the American military, as it replaced the use of horses and other draft animals (still heavily used in World War I) in every role, from cavalry units to supply trains, but improvised field modifications also made the jeep capable of just about any other function GIs could think of.

Ford built jeeps with functionally interchangeable parts and components, in part facilitated by using components from common sources: frames from Midland Steel, wheels from Kelsay-Hayes, and axles and transfer-cases from Spicer. However, there were many minor differences; the most well known: the Ford chassis had an inverted U-shaped front cross member instead of a tubular bar, and a Ford script letter “F” was stamped onto manu small parts. Many body detail differences remained for as long as January 1944, when a composite body, fabricated by American Central, was adopted by both Ford and Willys. It integrated features of both designs. Through the chaotic circumstances of war, sometimes peculiar deviations from regular mass-production came off the assembly line, that are now prized by collectors. For instance: the earliest Ford GPWs had a Willys design frame, and in late – 1943, some GPWs came with an unmodified Willys body; and in 1945 Willys produced some MBs with a deep mud exhaust system, cacuum windshield wipers and a Jeep CJ – style parking brake.

This Willy’s came in to be prepared for a new paint job and have the glass replaced.

Both fenders, grille, hood and windshield have been removed from the front end.

The radiator has been removed from the engine bay.

Beginning to remove the gauges from the dash.

The gauges have been removed completely.

We have removed the body from the frame.

The body after being media blasted.

Pieces of the Jeep have been media blasted also.

The chassis has been power washed.